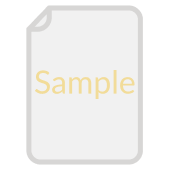 Order Similar Paper View sample
The book City of dreams by Tyler Anbinder presents a fascinating chronology of the immigration events that unfolded in New York City during the 19th century. The author details richly the story of the European immigrants and their integral role towards shaping today’s prominent New York City. Characterized by the themes of immigration, civil war, religion and liberty, the book portrays how the clash between diversity and social fragmentation contributed towards shaping a diverse New York. The author further uses personal stories of prominent individuals to illustrate the city as one founded by immigrants determined to make it their permanent home. The 19th century immigrants to New York amassed wealth and established prominent markets thus laying the foundation for today’s diverse and heavily mechanized New York City. The Irish, the German, the Dutch, and the Jews found their way into New York in the early 1820’s after fleeing the economic hardships and warfare in Europe. Indeed, by 1823, a vast majority had already settled in Manhattan where they conducted barter trade despite their language disparities. These war-shattered, famine-ravaged immigrants settled in New York diffusing their culture on the Native Americans. Irish immigrants, just as the other immigrants who survived the revolutionary war settled in and started their much-anticipated social life. Another commonality between the Irish and the other immigrants is that they suffered from grave bigotry and marginalization from the Native Americans. These were viewed as primitive thus stereotyped in social places. They were crowded in third rated districts and lived in filthy houses whose ‘side walls were frightfully decorated with traces of blood and mutilated remains’ (Anbinder 3). Lastly, the immigrant men worked as laborers in the cotton and beer factories where they earned meager salaries. On the other hand, the Irish immigrants made up the largest immigrant population in New York. By 1...
Looking for professional Coursework writing help?
Entrust your assignment to qualified writers!
Order